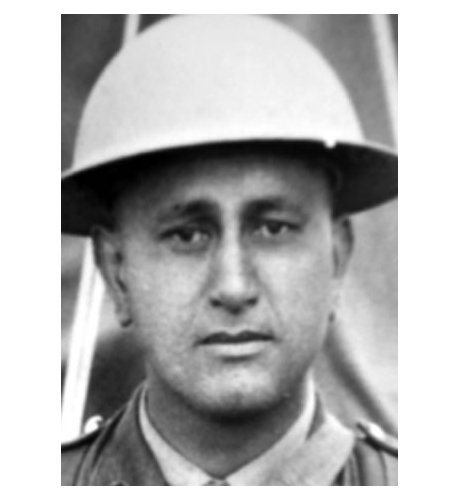 This ruri  [1] was written by Wiremu Raerena for Captain Arnold Reedy (C Company, Main Body).  In introducing the ruri Sir Apirana Ngata explains that it was composed during a time when Reedy was reported missing on Crete.

The Allies evacuated from Crete in May 1941 but they could not take everyone.  Reedy volunteered to remain on the island after realising a number of his relatives would be left behind.

Translation: “Whio Parae [Wish Manuel], Ted Wanoa (Matauru Wanoa’s son) and Arthur Brooking (Duncan’s son) were captured with Nehe.  My cousin Kawa and I are certain of this as we were the last Maori to board the ship.  He could have been with us if he wished to.  But what about Whio and the others?  Who would be an elder for them?  That is why Nehe stayed behind.”

After waiting overnight for the ships to collect them, the men were told that no ships would be coming.  Reedy along with 71 other Maori were taken as prisoners of war.  He spent four years in captivity in Germany and returned home aboard the Mauretania reaching New Zealand on August 5, 1945.

NB: Site editors note - there is static throughout the recording.

Sound file from Ngā Taonga Sound & Vision, ref: 46575. Any re-use of this audio is a breach of copyright.