<p>This silent film footage shows performances from the ceremony to mark the investiture of 2nd Lieutenant Moana-Nui-a-Kiwa Ngārimu's Victoria Cross. It was held on 6 October 1943 in Ruatōria and was attended by many people including U.S. Marines who filmed the event.</p><p>This footage was shot by U.S. Marine Staff Sergeant Norm Hatch and Staff Sergeant Johnny Ercole also shot footage of the event. The footage has no sound because their sound equipment was stolen during a trip to Rotorua.</p><p>U.S. Marines were sent to New Zealand for training, for upcoming battles and to recover after Guadalcanal.</p> 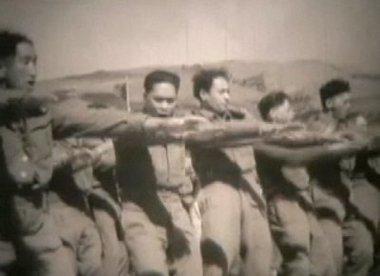 <p>This National Film Unit <em>Weekly Review</em> film shows the extensive preparations made to welcome home the 28th Māori Battalion on their return to Wellington in January 1946. Porirua Māori are seen preparing shellfish and other food and cooking a huge hangi to cater for a hākari (feast) in the wharf sheds at Aotea Quay the next day. After the <em>Dominion Monarch</em> pulls alongisde Pipitea Wharf on the 23rd, the 780 men of the Battalion file down the gangway to prepare for the welcome ceremonies (clip 1 of 3).</p> 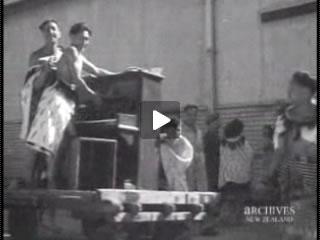 <p>This National Film Unit <em>Weekly Review </em>film shows the ceremony held at Ruatōria on 6 October 1943 to mark the investiture of 2nd Lieutenant <a href="/node/1988">Te Moananui-a-Kiwa Ngārimu</a>'s Victoria Cross. More than 7000 people attended the event - described by the commentator as 'one of the greatest Maori assemblies of the century'.</p><p>The film shows kapa haka performances and food being prepared for the guests, who included the Governor-General, Sir Cyril Newall, Prime Minister Peter Fraser, returned Māori Battalion veterans and '300 schoolchildren from all over New Zealand'.</p> 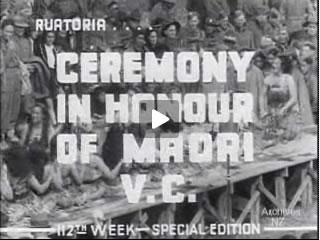