Wiremu (Bill) Herewini - Ngati Maniapoto Kaumatua, Maori Battalion Captain and one of New Zealand's top Maori public administrators died suddenly on March 23 aged 70. This was one of the saddest announcements made on Te Karere last year.

Bill was born in Oparure near Te Kuiti, he attended Te Aute College and after leaving school worked for a time in a real estate office in Taranaki. Bill enlisted in 1939 in a Taranaki company of the 19th Battalion but soon transferred to the Maori Bn when that unit was formed. He was in England and Greece with the Battalion and was one of those who was unfortunate enough to be taken prisoner when elements of the NZ Division were overrun by the Germans. Bill was a prisoner for four years before returning home in 1945.

Bill Herewini's career in the Public Service started in Hamilton where he was in rehabilitation and when the Maori Welfare division was established he became a founding member.

For some people progress in the Public Service is comparatively slow, but not so Bill's. He and his family moved to Wellington in the 50s where he became successively Assistant Controller of Maori Welfare, Controller and Executive Director of Social Services in what used to be the Department of Maori and Island Affairs. It could well be said that Bill Herewini pursued twin careers in welfare, one in the Public Service for which he was rewarded with a salary and the other in the realm of Ex-Serviceman and Community Affairs for which his reward was affection and high esteem. At Bill's tangihanga, on the Takapuahia Marae, Porirua and the service in the Church at Cannons Creek, the high regard in which he was held was conspicuously evident. Speaker after speaker spoke of his humility but none-the-less positive approach to challenges; his ability as a peacemaker; his administrative qualities; his warmth and generosity.

The following is a record of some of the offices Bill Herewini held in community affairs:

NZRSA Representative at War Veterans Federation at the Hague

With these and numerous other causes Bill was closely associated and for his dedication to them it was most appropriate that he was awarded the Queen's Service Order. Bill's wife and helpmate, Ailsa, predeceased him by a few months but his adult children, Moana, Keith and Ross are left with us to remember and cherish his contribution to the welfare of his fellows - both Maori and Pakeha. 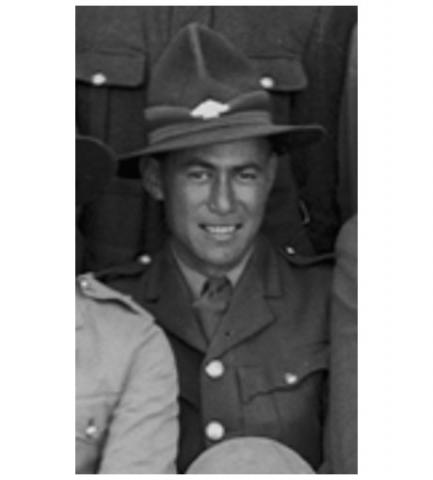