ROBBIE, who was born in Kaitaia, attended the local District High School. He first went to work as a twelve year old during the depression years to supplement the family income. He continued farm work until the outbreak of World War II when he enlisted at the age of 19 years.

He served overseas with the Battalion in the Middle East, was wounded twice and was invalided home in 1945. On his return he attended the Disabled Servicemen's League taking an apprenticeship in upholstery and when he returned north he set up an upholstery business, retiring in 1983.

Robbie was fluent in both Maori and English. He was a respected elder of the Ngati Kahu tribe as well as having strong links with Aupouri, Te Rarawa and Ngapuhi tribes. He devoted much of his time to Promoting Kohanga Reo, Matua Whangai and helping to settle young people returning from institutions. He seemed to have a special rapport with people of all ages. His door was always open.

Robbie facilitated many meetings under The C.Y.P. and F. Act of 1989, and met with considerable success as a mediator. He represented his people and the community as a serving delegate or member of the following organisations: Otura Maori Committee, Mangonui R.S.A., Ngati Kahu District Council, Maori Anglican Pastorate, Otura Marae Trust, Maori Battalion Kaitaia Branch, and he was the patron of the Ex-Malayan Association. He was also advisor to the Dept. of Social Welfare, Justice Dept. and Education Services

Robbie who had been in ill health for sometime lived to attend a Larkin's family reunion which took place shortly before his death. He is survived by his wife Winnie, daughter-in-law Carolyn, son-in-law Cedric and five grand-children.

[Corrections to last sentence from Vickilee Henry who says 'I am his granddaughter, 1 of his daughter's 4 children.' Date of death also corrected from family information]

Dad died on 11 January 1992. Mum also has since passed away on 19 August 2002. His children were Charlie Larkins married to Carolyn and Cheryl married to Cedric Henry. His grandchildren at the time of his death were Juanita, Robert, Charles, Dion and Vicki. In 1993 a further granddaughter Cally (Carolyn) was born. Since then the family has increased with the birth of great grandchildren Ocean, Cheyenne, Taikaha, Caylah, Asher,Charlize, Faith, Chloe, Nami, Kendyl, Tarkquin and Coastal, one more due.

Kia ora Cheryl, i remember your mum dad well, they visited our place in Whangarei often. I have a photo of our dads with other veterans, must have been after a reunion and in their 60's at our place. My mum passed away in 2003, do you still live in the north? Naphelia

It would be great to see that picture!! (or any picture actually!!) Do you have it on your profile?  I am Robbie's eldest grandchild by the way.. :) Cheers Juanita

Hi My names is Georgia

Hi My names is Georgia Pitman My Granddad was Maketu Pitman but i never got to meet him because he past long before i was born. Seeing your post that mentioned my Grandfather made me extremely happy I was wondering if you had any photos of him if you might be able to send them to me? Kind Regards Georgia

Hi Georgia, I have one photo of Uncle Max which I will scan post on here for you.  What is your Mum/Dads name where do you live, nice to see you on hear.  Kia pai to ra.Naphelia

Kia ora again Naphelia, Do you have any photos of my Dad Percy???Gilbert has some but he is not very obliging in passing on any memorabilia in regard to our loved ones... Any reply appreciated... William Paki...

Kia ora Wlliam, sorry to take so long answering, i'm sorry I haven't got any memorablia of your Dad but i will certainly keep an eye out with him in a photo during the war. you never know sometimes other families have group photos, 28 Tai tokerau Association is having a meeting at 10.30am in Whangarei on the 13 October 2012 at the Whangarei RSA Bowling Club, Rust Ave if you are up this way, you are more than welcome to attend. Noho ora maiNaphelia

Kia ora William. My Grandfather was one of many from Takahiwai that joined and fought for the 28th Maori Battalion. Anyway, long story short, I may be able to help you with your search for a photo of your Dad. The one I have is at my Grandfather's wedding, your father was his best man - it is post war but they are both in their uniform. I actually loaned it (the photo) to Sheena over 20yrs ago to make a copy, I'm not sure if she did. Maybe you could suss her out? If not, I'd be happy to take a photo of your Dad and send it to you.

RE: Photo of Percy Paki.

Kia ora, thank you for making contact with me. In regard to Sheena she has not mentioned anything about that photo. We catch up regularly and this subject of locating a photos of Dad is well known. I do not know what Sheena did with that photo but it is probably lost like many photos of our Dad. If you didn't mind could you send me a copy of that photo. Are you in a position to scan it and email me a copy??? Our Whanau would really appreciate it. Could you please give me your grandfathers details as well so that I know who is in the photo. I don't mean to be disrespectful but I was only five when Dad passed and it is coming up to 35th years in May 2015 since we lost him so that photo is older than me being born in 1975. Thank you again for contacting me Taonga such as these must be passed on. My email address is: [email protected]. I did not get your name only your user name takawhanaboy. My mobile phone number is 0211915781. Regards,William D C Paki.

Kia ora William,I will take a photo of your grandfather in the original and send it to you via email. The photo hangs in my Mum's whare at Whananaki, so when I'm next out there, I'll copy it. Hope this is all good with you? It is interesting to note that your Dad's reg number was 67170, my Grandfather's 67172, and Uncle Puhi Mackie's was 67169. I'm picking they were in the same line when they signed up. True Rangatira were they. May they all RIP.

Kia Ora bro, I was just touching base to see if you had a chance to take that photo of my father Percy Paki who was pictured with your Grandfather. Any reply appreciated. If you get it, can you send it to my personal email: [email protected]. Thank you. William D C Paki.

Kia ora William. There is

Kia ora William. There is now a photo of your dad hanging in our whare at Takahiwai. Your brother, Gilly, got it copied from my mum's original. I've sent you a photographed version of the original, cropped showing your dad only. Hope you enjoy.

Kia ora William. I have sent

Kia ora William. I have sent you a copy. The same photo of your dad now hangs in our whare at Takahiwai. Hope you enjoy the photo. Nga mihi, James. 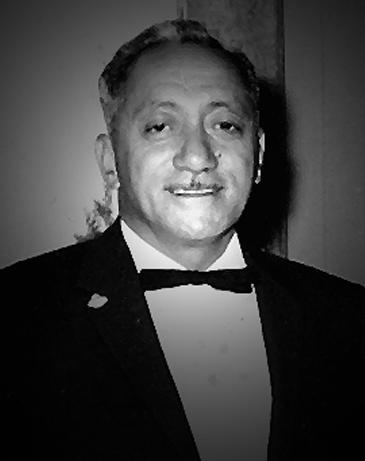