In The Evening Post on Monday, 30 June 1941, Geneva confirmed that Robert Bartlett who was previously reported as 'Missing' was being held as a 'Prisoner of War'. Click here to view full page.

In the Roll of Honour - N.Z.E.F. Casualties list on Tuesday, 31 July 1945 in The Evening Post, Robert Bartlett, previously a Prisoner of War, is reported safe in the United Kingdom.  Click here to view full page. The Evening Post - Papers Past - National Library of New Zealand

Bob Bartlett joined the army (infantry) for the 2nd World War. At aged 20 years he was posted to England in the Infantry. From England he went to Greece, Crete, and Salonika. When they were being shifted from Greece to Crete, Bob remembers one particular incident. "We were wading out to the ship where we had to climb nets to get on board. Men were being shot all around. When I was halfway up, they cut the net. I fell back into the water with lots of other men. The ship was already overloaded they couldn't take any more". He was taken prisoner in Crete, then sent to a P.O.W camp in Austria. Always in trouble and a bad influence on the the other prisoners, Bob was shifted to Bavaria where he befriended a family and studied the Hungarian's and learnt their language. One day he dressed in their clothes and simply walked out. "The guards didn't understand Hungarian and when they asked me anything I answered in Hungarian. I looked like a Hungarian so I just walked out". He eventually came to an American camp (AMCOT-Allied Military Camp of Occupied Territories). For months he helped there with his grasp of the language and understanding of their culture, he was very valuable. As the Allies advanced, Bob helped organize people, food, hospitals, schools, and universities. He helped re-settle displaced people - the evacuees who came to the area, hundreds, thousands of them. They were hungry, demorilised and some had only push-carts or bags - that was all they owned. He was promoted to Warrant Officer. Eventually he became worried about his family and decided to return home. He came back through France, where he struck some trouble; then onto a ship to England, then home.

What a great story! I hope

What a great story! I hope it's ok I've pasted it into the caption under his photo.Nga mihi,Leanne (Site Admin) 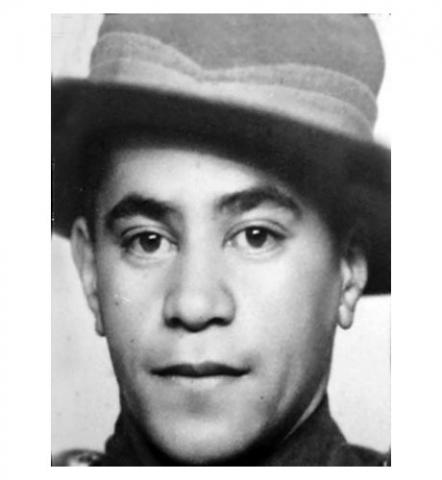