Kingi Matthews was the last surviving 28th Maori Battalion veteran from the Wairarapa region. A descendant of Ngati Kahungunu and Rangitane he joined the Battalion in 1944, and served in Italy with the 12th Reinforcements.

He was a Maori All Black, represented Wairarapa-Bush and was a past president of the Wairarapa Bush Rugby Union.

He was 88 years old and is survived by his wife Petina and their children. His tangi was held at Papawai marae and he is interred at Te Uru o Tane urupa near Greytown.
Moe mai ra e te rangatira. 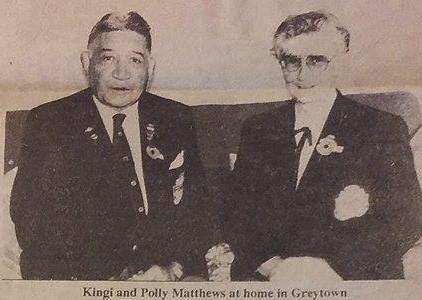