END_OF_DOCUMENT_TOKEN_TO_BE_REPLACED

Kāinga > US Marines in Gisborne

US Marines in Gisborne 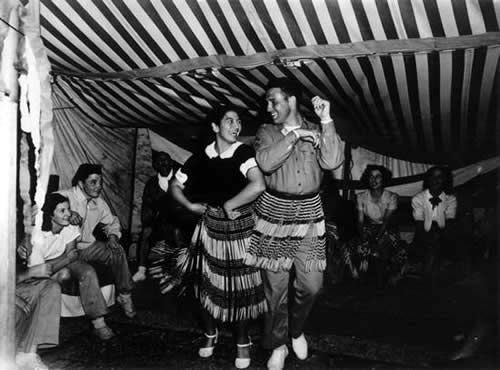 Peggy Kaua (nee Pitt) was born in 1915 in Egypt after her mother had followed Peggy's father to the First World War. Her companion was the wife of renown anthropologist, politician and Doctor Te Ranghīroa Peter Buck. Peggy's full name was Margaret Alexandria Huinga Kaua and her birth place is commemorated in her second name Alexandria.

Peggy was married to Henry Falwasser who served with D Company and died in 1960. Long after Henry died Peggy married Pita Kaua who served with C Company.  He died in 1989. Peggy was awarded the Queens Service Order Medal in 2005 for her life long commitment and dedication to her community.  She passed away in 2006 aged 91.

Staff Sergeant Hatch studied 'Time Life' and 'March of Time' styles in New York, 1941.  As a primary combat cinematographer Staff Sergeant Hatch captured footage of the Battle of Tarawa, in Japan 1943.  Much of the footage was used in the short documentary "With the Marines at Tarawa" that won the 1944 Academy Award for Most Outstanding Documentary Short Subject.  Norm's extraordinary efforts were acknowledged with him being awarded the Navy Commendation Medal.  Norm received further honours including the Bronze Star for the documentary "To the Shores of Iwo Jima" in 1945.  In 1946 he received the National Headliners Award for Combat Photography in World War II and in 1979 was awarded the (U.S) Secretary of Defense Meritorious Award.

Norm retired from the Marines as a Major, he is 90 and lives in the United States.