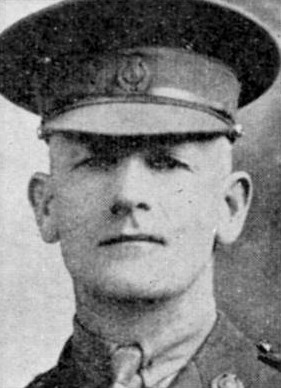 George Dittmer was the first commanding officer of the Maori Battalion responds to the toast to the Armed Services at the reunion for ex-service people held at Uepohatu Marae in 1947.  See the programme here.

Dittmer served in the First World War with the 6th Hauraki Company, Auckland Battalion and saw battle in Galliopoli, Egypt, France and Belgium. He received the Military Cross for gallantry.

“Officers who served with him described him as a very stubborn fighter. ‘Once he had made up his mind to do a thing,’ said one, ‘nothing in the world can shift him in his decision.’[1]

I want to thank Lieutenant-Colonel Leggat for the able manner in which he proposed the toast of the Services.  Now, we soldiers overseas were very very proud indeed of the achievements of the Army Nursing Service, the WAAC, the members of the Red Cross and other women organisations assisting us.  And it is very very pleasing indeed for us tonight to have here to speak on their behalf Lady Freyberg.  And how splendidly she did speak

Colonel Dittmer: Now, the proposer of the toast, accused me in quite a big way of being responsible for the doings of the Maori Battalion during the early period of the war. Now, I’m sorry that I can’t let him away with that, and I really mean it, because my effort was a very small one. I had thirty odd splendid officers with me and I had some of the best soldiers ever born [cheers and applause].

And now also, members of the 28th Battalion will appreciate what we owe to Sir Apirana Ngata and other elders of the Maori race, for at least the organisation in the early stages of the Battalion [cheers and applause].

One of the most pleasant things to me during the short time that I was with the Battalion was the way in which the Pakeha soldiers expressed in my hearing their very great appreciation for the deeds of the members of the Maori race, not only in the 28 but in all other units. Now that to me was one of the most pleasant parts of my connection with the 28th Battalion. Now, it is very nice on occasions like this to have the three services bunched together in the one toast. I think one of the outstanding features of the last war was the very high standard of efficiency obtained in the matter of co-operation between the three services. Now that was shown very well indeed in that great landing at Normandy, and I want to assure you that the cooperation today between the three services is as good as it was then and is on the upscale.

Now, being a member of the present Army you possibly would like to hear something from me as to what is happening today. But be lenient with me will you please, because I’ve only got to look along the table here and see all the very high personages and that of course must make me confine my remarks to just a few. Now, many Returned Soldiers are worrying as to what is happening in the Army today. I can’t tell you officially but I do definitely know that a scheme is being hatched, no doubt it will be a good one. Other soldiers are saying, well, we are losing time in the meantime – but don’t you believe it. There is great planning and preparation going on at the moment and a very important matter of again building up our regular core.

Now, I do not want to detain you any longer, but I want to thank you for the reception given to Lady Freyberg and then a little to myself and again to thank the proposer of the toast – kia ora.

Lieutenant-Colonel Awatere: Ladies and gentlemen that was very well received by the people who responded and they are worthy of real clap...

Lieutenant-Colonel Awatere: That’s the stuff we give them ladies and gentlemen.